Some of the popular bottled water brand of Coca-Cola Dasani contains high levels of potentially hazardous by-products of chemical disinfectants, according to records from Consumer Reports.

Testing of Dasani bottled water packaged in half-liter bottles at a plant in Florida in 2018 revealed levels of total trihalomethane (TTHMs) exceeding a limit set by the state of California as well as a bottled water industry trade group, records show. TTHMs are produced in combination with organic matter in water by chlorination chemicals. Some of the compounds are classified as potential carcinogens and they have been linked by studies to issues of deliverance and reproduction. 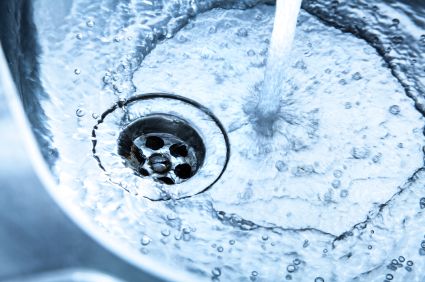 As part of the state’s annual permit process for bottled water manufacturers, a Coca-Cola subsidiary submitted the Florida test report to New York regulators last year. Coca-Cola currently holds active licenses for several affiliated companies, including the Florida subsidiary, according to the website of the State Health Department. In response to a request for public records filed with the New York Health Department, which regulates bottled water in the state and certifies more than 200 bottlers annually, Consumer Reports received the records this week.

The records highlight the occasional incoherence of U.S. bottled water regulations. Dasani’s test at the Jacksonville plant at the company in 2018 recorded 12 parts per billion (ppb) of TTHMs. That met New York’s 80 ppb bottled water limit for TTHMs, also the Food and Drug Administration’s federal standard that regulates bottled water in the U.S. (the federal tap water limit is 80 ppb.)

But California’s bottled water standard for TTHMs is more stringent, at 10 ppb. This is also the limit set for its members, including Nestlé and Cott Bottling, by the International Bottled Water Association, an industry trade group. (Coca-Cola is not part of the group.) The IBWA has said it implemented the stronger TTHMs standard to “ensure the highest degree of public safety.”

According to the records, Coca-Cola is licensed to distribute Dasani made at the Jacksonville plant to 13 states, but it is unclear whether the company is shipping it to California across the United States. At press time, a spokesperson for the bottled water regulator in California did not have a comment for CR. Not all Dasani also had this level of TTHMs; records showing levels below 0.5 ppb for other Coca-Cola plants licensed for sale in New York. 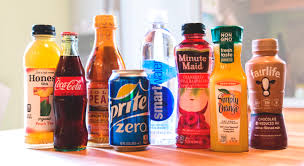 A Coca-Cola spokesman did not respond at press time to a request for comment.

The records also highlight a pitfall in the industry’s voluntary system to inform consumers of their favorite bottled water brand’s quality. Unlike tap water, bottlers generally do not have to publish information on the quality of their brands, allowing consumers to contact them voluntarily for test results.

Some brands are posting reports on their websites, such as Dasani. The most recent Dasani report published online, however, is labeled as an “example” that reflects a “typical” analysis conducted of the water brand’s quality. The example report shows, for TTHMs, unrecognizable amounts of the compounds.

“Bottled water companies often do not disclose information about contaminants in their products—and this specific example is an illustration of that lack of transparency,” says Olga Naidenko, Ph.D., vice president of science investigations at the Environmental Working Group (EWG), a nonprofit advocacy and research group that published a study on bottled water in 2008.

For many years, chlorination has been heralded for its impact on drinking water safety. But the massive public health benefits it provides also brought about an unintended consequence by dramatically reducing waterborne diseases: by-products of disinfectants. In particular, researchers identified as potentially dangerous four primary trihalomethanes—including chloroform and bromodichloromethane—created during the treatment process.

“It is kind of ironic that the act of treating water to make it safe actually introduces carcinogenic compounds into the water,” says Jeff Cunninghaman, Ph.D, an associate professor in the University of South Florida’s Department of Civil & Environmental Engineering who researches water treatment and contamination. “However, overall, it is a good strategy: even though we introduce a low risk of getting cancer, we greatly decrease the risk of serious, acute disease from microbial pathogens, like cholera or typhoid fever.”

The U.S. Environmental Protection Agency, which regulates tap water, had a limit of 100 ppb on the sum of TTHMs before dropping it to 80 ppb in the early 2000s.(The FDA followed suit and shortly thereafter implemented a limit of 80 ppb for bottled water.) 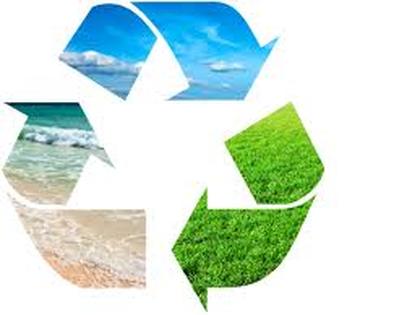 The EPA notes that limits are set based on what’s “feasible” for water systems to achieve—not just what’s best for public health—and takes cost into consideration. California regulators previously estimated that 10,000 people exposed to TTHMs for a lifetime were at risk for one cancer case. For each of the four trihalomethane levels of 0.5 ppb and below, the state is currently proposing a voluntary public health goal, the level at which adverse effects are not expected to occur from a lifetime of exposure.

According to a 2015 analysis of federal data by the non-profit Environmental Working Group, trace amounts of TTHMs are present in tens of thousands of regulated public water systems. The analysis shows that nearly 800 water systems serving 1.7 million people breached the 80 ppb limit for TTHMs that year.

However, studies have found that low amounts may present a potential health risk. For example, a meta-analysis of TTHM research published in 2011 by Occupational and Environmental Medicine found that men over their lifetime exposed to average TTHM levels above 5 ppb had a significantly higher risk of bladder cancer than men exposed to less than 5 ppb. And an EWG-published study this month estimated that an additional 8,000 lifetime cases of cancer could be due to water by-products of disinfection.

Naidenko of the EWG says consumers might be surprised to learn that some bottled water contains contaminants in tap water.

“The problem with bottled water comes from the fact that the FDA allows bottled water to contain contaminants,” she says, “generally at levels close to what’s allowed for drinking water.”

What Can Consumers Do

The only way to eliminate the cancer risk from TTHMs, Cunningham says, is to reverse the course and stop chlorinating our water. But then, he says, “We are back to a severe risk for cholera or other water-borne disease. So we are pretty much stuck with some risk from THMs, any time we disinfect the water.”

Cunningham did not find the level of 12 ppb in some Dasani as it meets the 80 ppb federal standard, but he says consumers should be notified of the presence of TTHMs in bottled water.

“Many people buy bottled water because they believe (rightly or wrongly) that bottled water is ‘safer’ than tap water,” he says. “Therefore it seems that they should be notified of the presence of very low levels of carcinogens in the water.”

“There is no reason to panic,” he adds, “because the risk is quite low—but it isn’t zero, and I think consumers should be informed of that fact.  Then they can decide if they still want to buy bottled water, or if tap water is acceptable to them.”

“Consumers should buy from brands that affirm compliance with the 10 ppb standard,” says Michael Hansen, Ph.D, a senior scientist at CR, “such as brands that are part of the IBWA.”